Back to all posts

The Buzzcatz New Year's Eve - Make it a DOUBLE!

HAPPY NEW YEAR!  Wishing you and yours many blessings in 2016.

The Buzzcatz started off the new year with a bang and a DOUBLE- two gigs on New Year’s Eve!

For the first gig of the last night of 2015, I was thrilled to be back at The Alfond Inn in Winter Park for our third annual New Year’s Eve gala, and it is becoming a Winter Park tradition at this point. We have been there since the inaugural gala and look forward to returning again next year. Thanks to my friend Jane Mclean for hooking us up with the gig and for always taking such good care of the band. I have known her since her days over at the Waldorf, and the Alfond is lucky to have her running the events.

For those who have not been yet, The Alfond Inn is a beautiful little hotel, complete with a ballroom large enough for events and large weddings, and a nice courtyard out back where they host outdoor Jazz events when the weather is nice. It sits on the site of the old Langford Hotel, a longtime Winter Park landmark. I used to play there with my band in the Empire Room. I grew up in Winter Park, and I remember my family going to Sunday brunch at The Langford, a Winter Park tradition that now continues with the signature Alfond Inn Sunday brunch, (complete with LIVE music!). 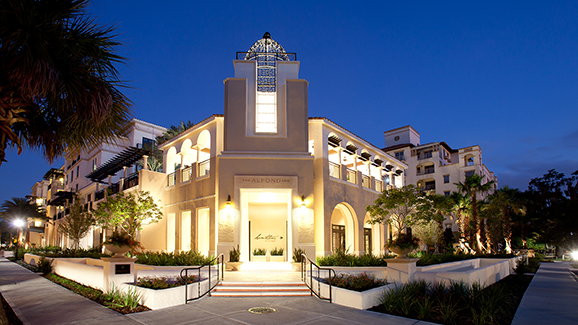 My second gig of the night took place in the DeVos family room at the beautiful brand new Dr. Phillips Center For The Performing Arts. We played for the after-party for the Kristin Chenoweth concert, the main event which took place in the main theater. I got the call for this one around October, which is very late in the year to book a NYE gig, but I was lucky enough to have the “b” catz available and with some neatly-planned transitions, we were able to pull it off. The call for this one came from another Winter Park connection - Kathy Ramsberger, who is also an alumni of my alma mater Winter Park High School, was kind enough to think of me and The Buzzcatz when booking their FIRST New Year’s Eve gala at Dr. Phillips Center. The crowd flooded out of the Kristin Chenoweth concert and into the Devos Family Room, where we played. 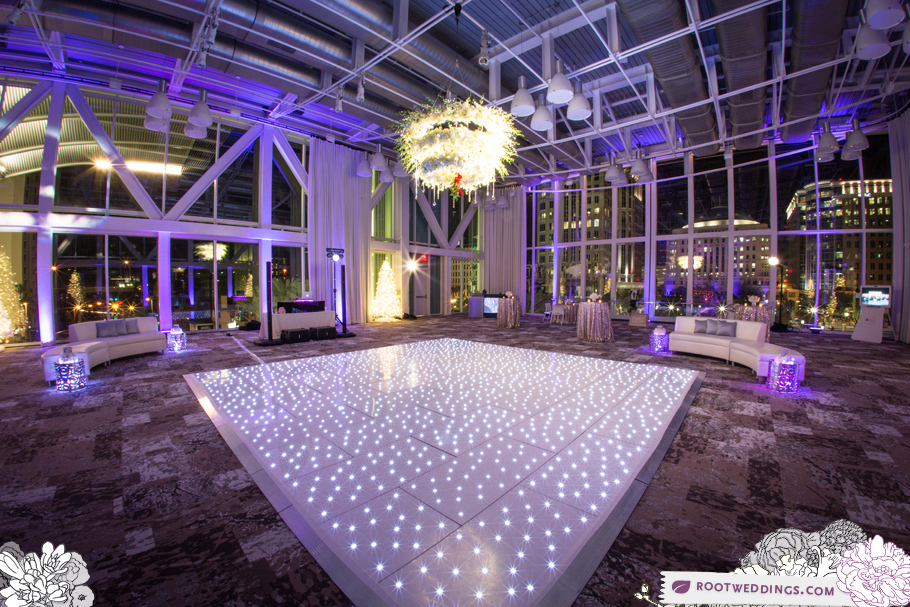 The Alfond Inn gala was booked for 8:00 pm-12:00 am, so we finished just after ringing in the new year, and then they had an after party in another room. The Dr. Phillips gig was booked from 12:15am-2:15am. It was a gig I hated to say “no” to. So....I had my old friend David Betancourt (A Buzzcat since 2000) kick off the night for me with the “B” Catz, who were a mix of my full time band and my subs. Really, with The Buzzcatz, there are no “B” guys or “subs” - they’ve all played my show for 15+ years now, and with a little notice I can staff 2 (or 3!) “Buzzcatz” bands with killer players at this point, but was lucky to have people available on New Year's Eve.

The plan was for David to kick off the second gig and then Naome, Pat Gullotta (trombonist) and myself would rush over there after finishing our gig at the Alfond to join them in progress, about 20 mins into the gig. Everything went exactly according to plan, and both gigs were a smashing success.

A couple of days prior to NYE, Jane called me from the Alfond to tell me that the gala was sold out for our second year in a row. Great news. They opened the doors at 8pm and the dance floor remained crowded all night. They had Times Square cue’d up on two big screens, and we all counted down the new year. 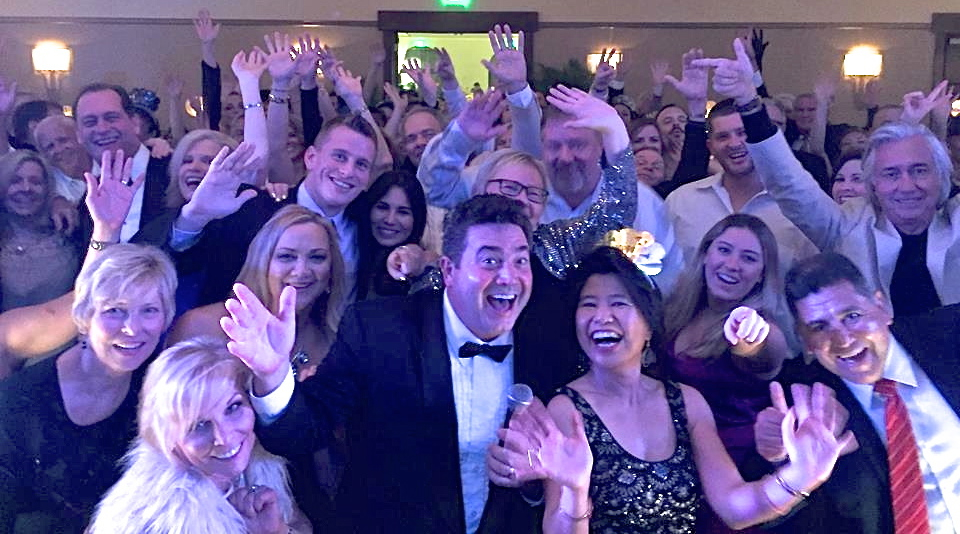 Making friends on the dance floor at The Alfond Inn, just before ringing in the new year - 12/31/15 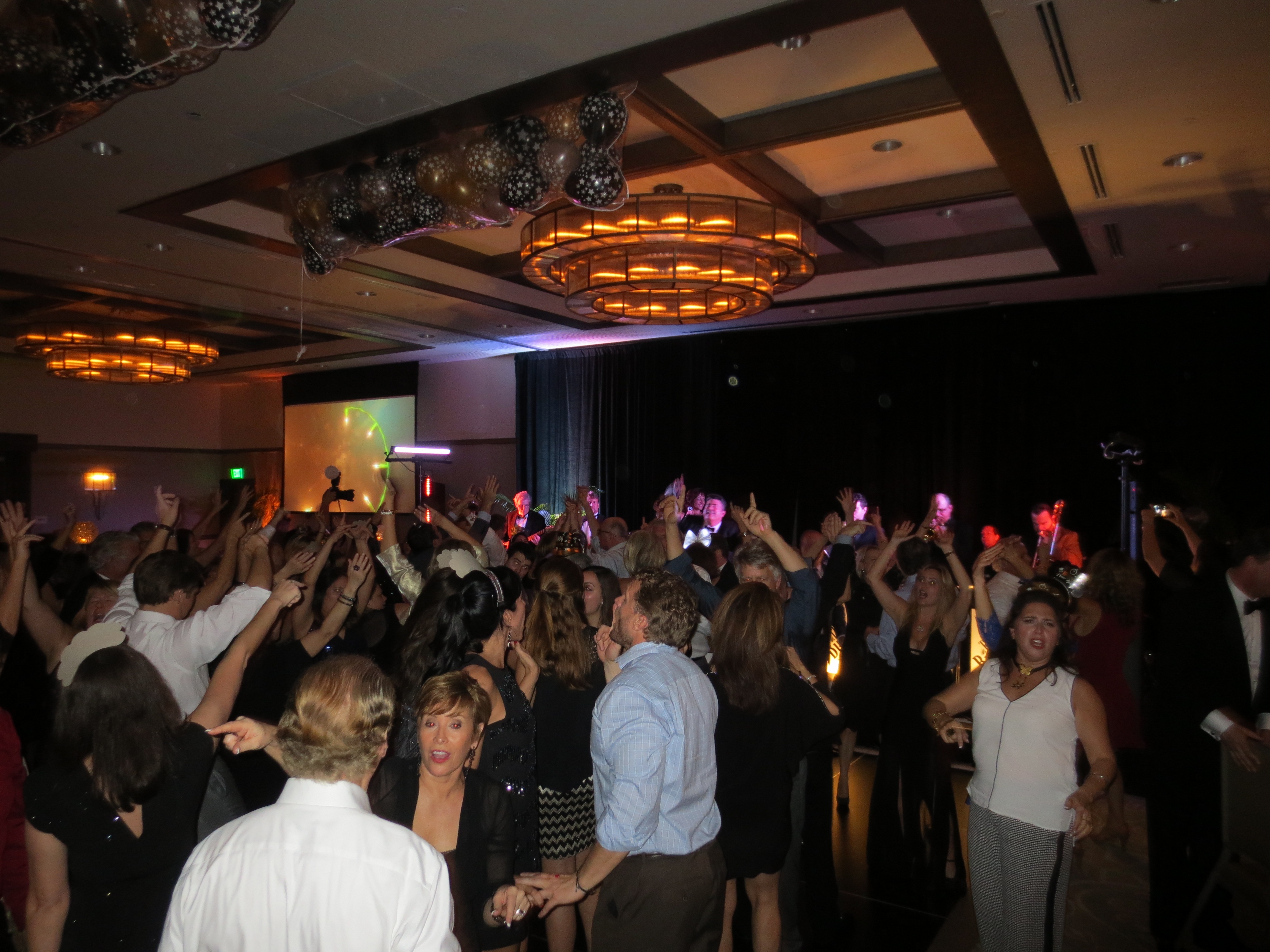 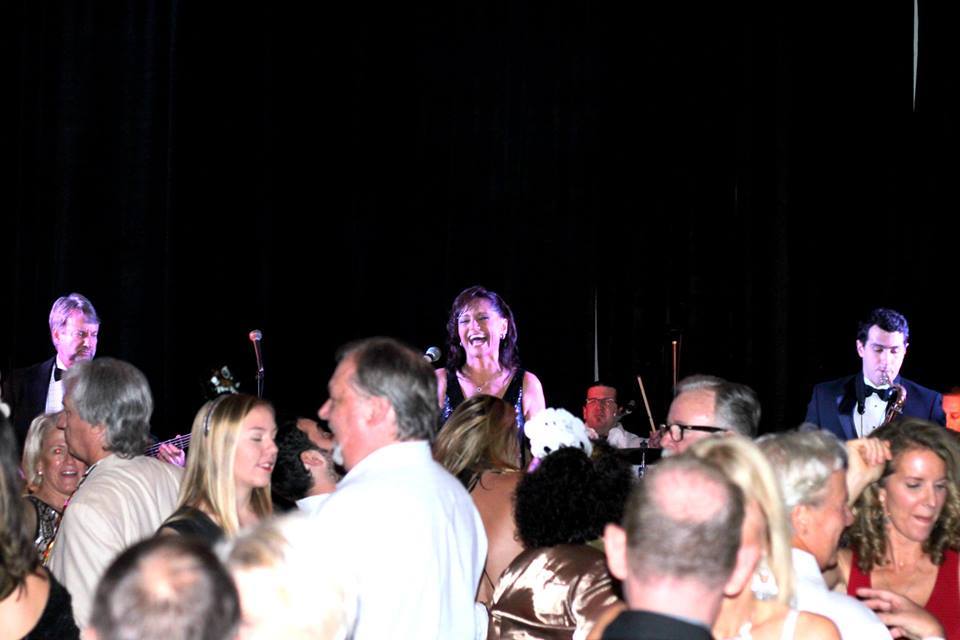 Immediately after ringing in the new year at the Alfond, we jumped into my car and made it downtown in 15 minutes, parked in the loading dock, made it up the elevator and walked on stage to join the party at Dr. Phillips Center. By the time I got there, only 20 minutes or so into the party, David and the guys already had the place ROCKING, and it was a packed house! We played a solid two hour set and it was pretty high-energy for the most part. After doing a complete night already at the Alfond, I was pretty well spent by the time we said goodnight! Here are a few video clips from our set at Dr. Phillips Center: 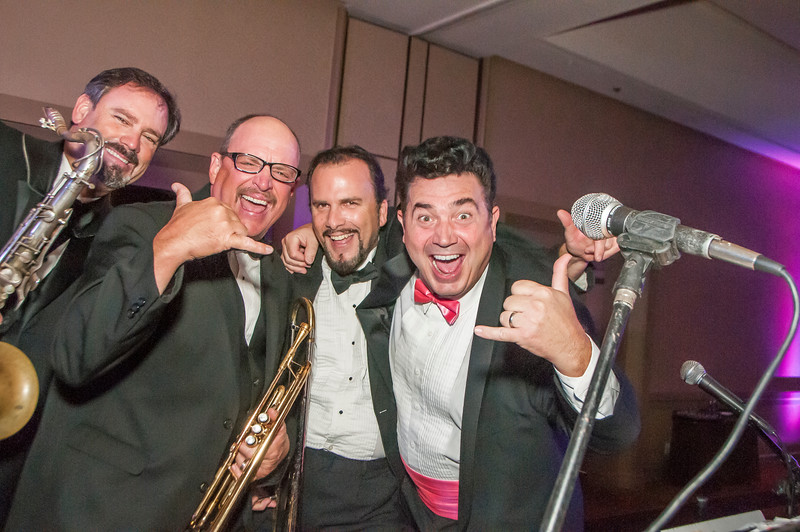 I read a nice review of both parties in the paper in the days following. Success!! Kudos and THANKS to all The Buzzcatz and especially to Naome, who really rocked it at both gigs. I feel so fortunate to be able to perform at these great events in my hometown, working for and along side of people that I have known for years and playing to familiar faces year after year. I must say that the staff at the new Dr. Phillips Center is incredibly friendly and accomodating to the performers, and of course the same has always been true of the folks at The Alfond Inn.

THANK YOU all for giving me these opportunities to entertain you.
I always look forward to the next time. HAPPY NEW YEAR, everybody! 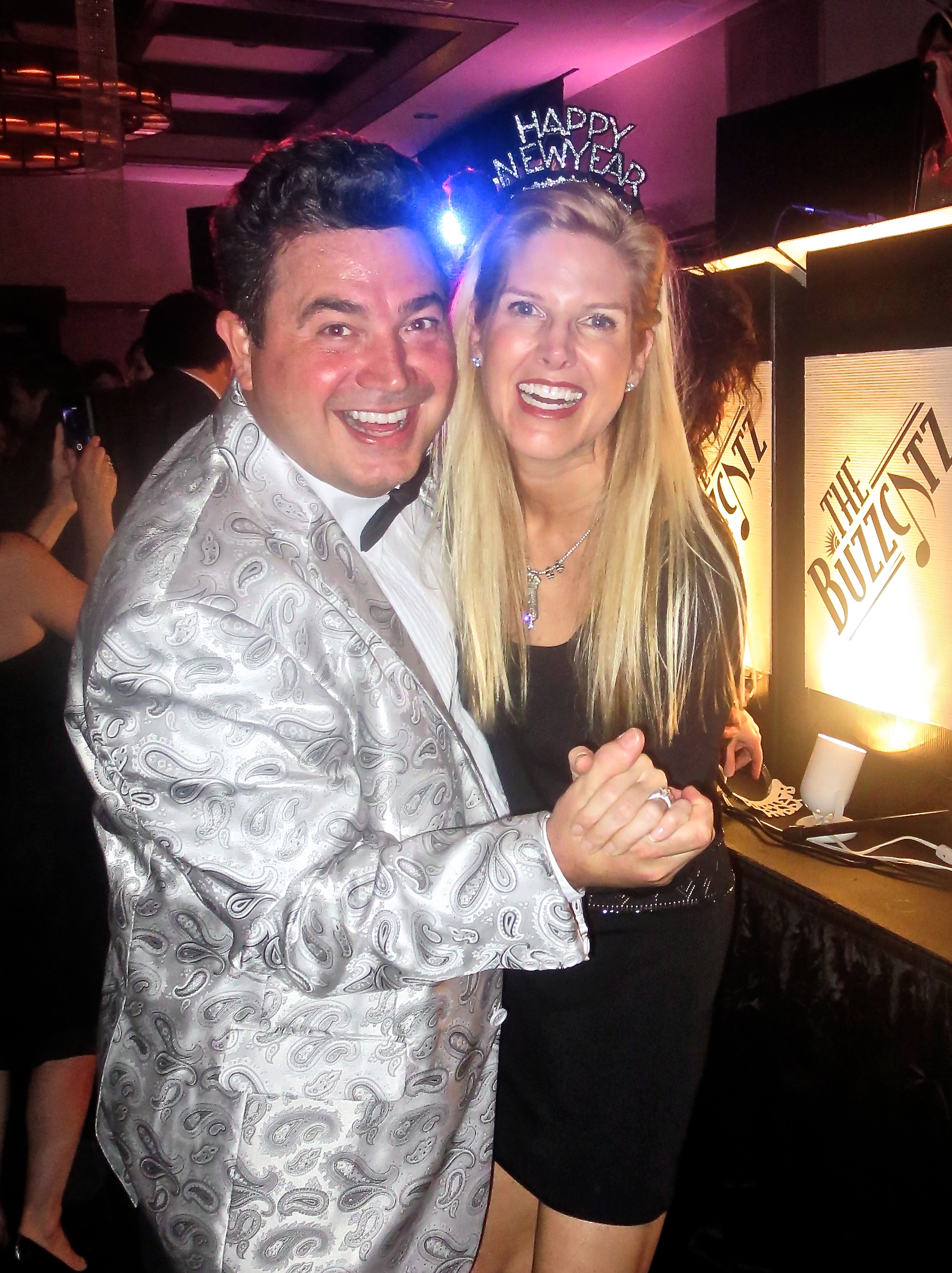